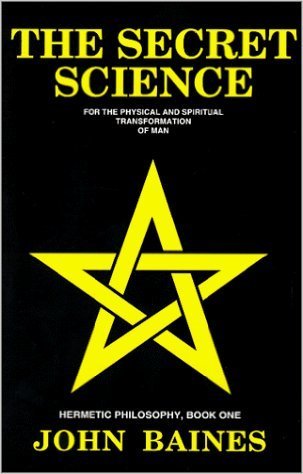 A simply stated introduction to the profound Hermetic principles, this book reminds us that "to become conscious is the supreme goal of the human being." It is addressed to all those who sense that "all is not well" with the human species, who feel alone in the world, and not understood by its people, and who yearn to better themselves mentally and spiritually.

John Baines, (literary pseudonym of Dario Salas Sommer), is the contemporary Chilean philosopher and founder of the Dario Salas Institute for Hermetic Science, for which he is the Director and Spiritual Master. Baines is a modern philosopher whose unique approach unites contemporary psychological practice with ancient philosophical wisdom. From an early age he has given his heart and soul to the study and dissemination of this practical philosophy based on the esoteric principles of Hermes Trismegistus. As a man, he encompasses the universal qualities of true humanness by actively promoting the individual development of men and women.

Baines began publishing in 1966, quickly becoming acclaimed for works such as "The Secret Science," The Stellar Man," "Does Woman Exist," "Development of the Inner World," "The Science of Love," and HypsoConsciousness." His central theme focuses upon the completion of the voyage of what Freud had called the Ego.

As a practical objective, Baines' philosophy aims to guide modern man in finding his psychic way back to his birthright, of which life in the fast lane has robbed him; namely, an inner tranquility. His writing style is at once straightforward, clear and precise, accounting for his universal appeal.

At present, John Baines divides his year into days spent lecturing in his hometown of Santiago and lecture tours abroad in other South American Cities, the United States and Spain.