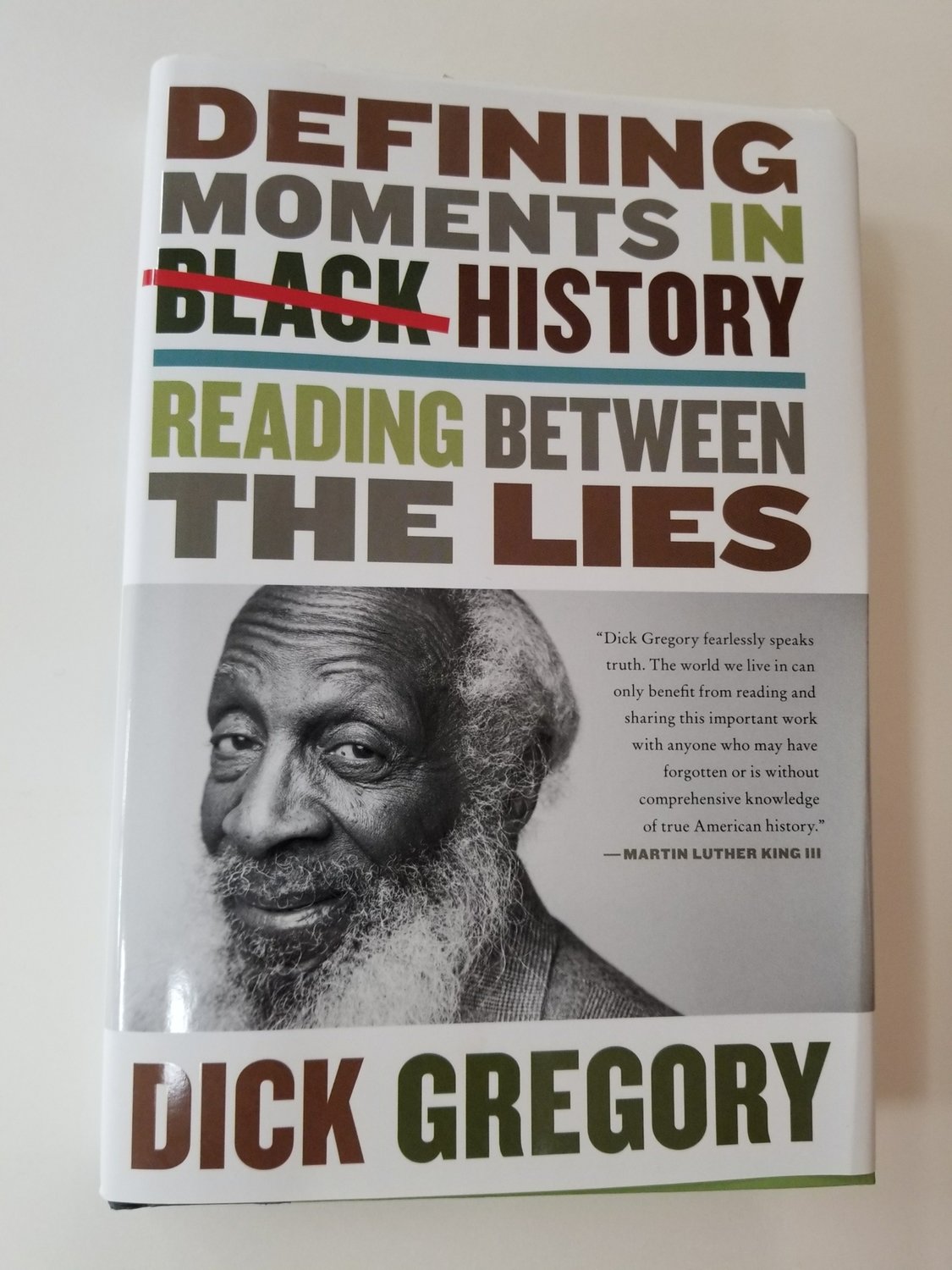 With his trademark acerbic wit, incisive humor, and infectious paranoia, one of our foremost comedians and most politically engaged civil rights activists looks back at 100 key events from the complicated history of black America.

A friend of luminaries including Dr. Martin Luther King, Jr. and Medgar Evers, and the forebear of today’s popular black comics, including Larry Wilmore, W. Kamau Bell, Damon Young, and Trevor Noah, Dick Gregory was a provocative and incisive cultural force for more than fifty years. As an entertainer, he always kept it indisputably real about race issues in America, fearlessly lacing laughter with hard truths. As a leading activist against injustice, he marched at Selma during the Civil Rights movement, organized student rallies to protest the Vietnam War; sat in at rallies for Native American and feminist rights; fought apartheid in South Africa; and participated in hunger strikes in support of Black Lives Matter.

In this collection of thoughtful, provocative essays, Gregory charts the complex and often obscured history of the African American experience. In his unapologetically candid voice, he moves from African ancestry and surviving the Middle Passage to the creation of the Jheri Curl, the enjoyment of bacon and everything pig, the headline-making shootings of black men, and the Black Lives Matter movement. A captivating journey through time, Defining Moments in Black History explores historical movements such as The Great Migration and the Harlem Renaissance, as well as cultural touchstones such as Sidney Poitier winning the Best Actor Oscar for Lilies in the Field and Billie Holiday releasing Strange Fruit.

An engaging look at black life that offers insightful commentary on the intricate history of the African American people, Defining Moments in Black History is an essential, no-holds-bar history lesson that will provoke, enlighten, and entertain.